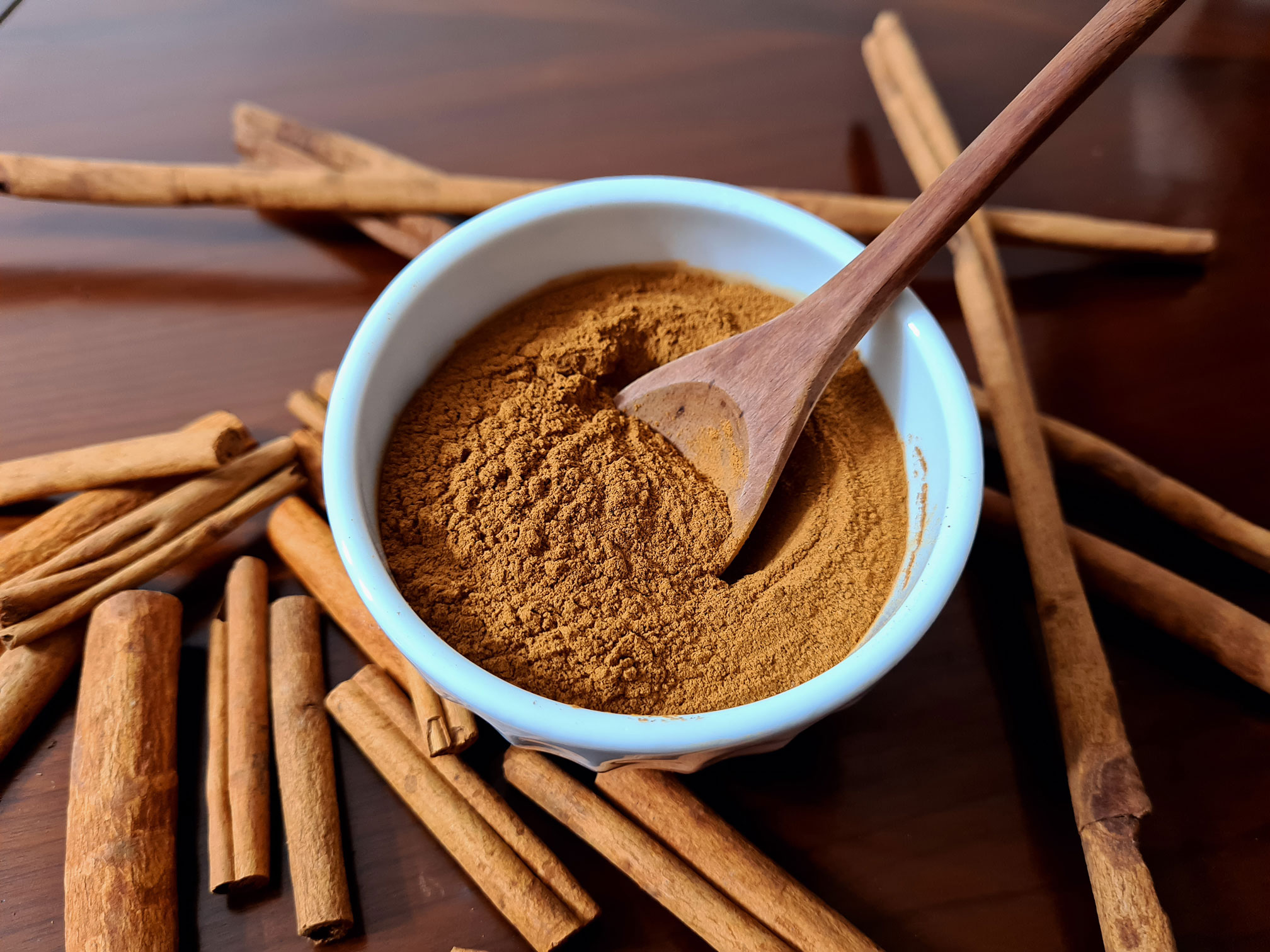 Cinnamon harvesters enter the jungles of Sri Lanka, Vietnam, and the Indonesian island of Sumatra with simple tools to retrieve the sweet mystical Ceylon Cinnamon. This spice is known as a symbol of love, fertility, spirituality, and protection. Ceylon cinnamon is found in the inner bark of the Evergreen Cinnamon trees. Ceylon Cinnamon is formed when sections of the bark are sectioned, peeled, and then dried to form curled “quills,” or cinnamon sticks. These sticks can then be grated to make cinnamon spice which is exported around the world.

The use of cinnamon dates back to 2000 BC, when the Ancient Egyptians kept its source a mystery. Even in ancient times cinnamon’s health benefits were recognized and revered. Cinnamon has been referenced in the bible as well as in Judaism as a component of the Ketoret, an incense offering burned during worship1.

New age spiritualists believe cinnamon has a high spiritual vibration which can raise your own vibration to achieve a higher level of enlightenment. When burned it is believed cinnamon can cleanse and dispel negative energy similar to how sage is used. Cinnamon has a long history of use for a variety of reasons all stemming from its fragrant, spicy, spiritual, and newly proven, copious health benefits.

There are two types of cinnamon in the Western market, (four types in the world) which are Cassia and Ceylon Cinnamon. Both types are aromatic and flavorful, but Ceylon Cinnamon differs from Cassia in its high potency. The health benefits that Ceylon cinnamon offers are vast and plentiful.

Ceylon cinnamon has been shown to reduce inflammation due to cinnamaldehyde, a yellowish oily liquid responsible for cinnamon’s odor and sweet taste. Inflammation is linked to many chronic conditions2 including:

Using Ceylon cinnamon as a preventative measure (not a cure) against these diseases is recommended and backed by scientific evidence3.

Ceylon cinnamon is full of antioxidants which neutralize free radicals in our body. Why should we care about free radicals? Good question! (It sounds like an awesome name for a band that started in a garage-“THE FREE RADICALS!”). Free radicals are oxygen-containing molecules with a wacky number of electrons. Because of this, they can set off chain reactions in our body that can be very harmful, creating diseases from oxidative stress4.

Due to the anti-inflammatory effects which all types of cinnamon contain, blood flow is increased, putting less strain on our heart. Scientists discovered the benefits of Ceylon cinnamon in 1975 concluding that it supports cardiovascular function keeping your heart healthy (a spoonful of cinnamon helps your ticker not go down, as the song goes…).

Studies are showing that consuming Ceylon cinnamon can also help with hypertension. According to the US National Library of Medicine National Institutes of Health, eating cinnamon helped in reducing systolic blood pressure by 5.39 mm5.

6Aid In The Prevention of Alzheimer’s Disease

Research is pointing to Ceylon cinnamon having a useful effect on neurological conditions such as Alzheimer’s disease. It has been found that Ceylon cinnamon may help stop blood glucose levels in our brain from rising too fast. These hypoglycemic episodes are the same type of condition that happens in diabetic patients. These episodes have been shown in some cases to lead to cognitive decline.

Many culprits have been pointed at regarding the onset of Alzheimer’s disease. This list of possible causes ranges from lack of exercise, negative thinking, an abnormal build-up of protein around the brain, to over-the-counter medications. Unfortunately, scientists believe Alzheimer’s disease is caused by a combination of genetic, lifestyle and environmental factors. It is a complex disease that we wish only one simple cause could be the determining factor to prevent.

Ceylon Cinnamon As A Supplement

When seeking out Ceylon cinnamon, you might have to look for finer spice suppliers who carry the more potent spice. It is suggested to take one half to one teaspoon daily for maximum benefit. This may be a difficult feat by simply adding it to beverages and food (25 cups of hot chocolate doused with Ceylon cinnamon a day, they have meetings for that). However, adding a Ceylon cinnamon supplement can be a simple way to gain all the health benefits of this natural panacea.

With such a sweet delicate spice as cinnamon, adding some to your coffee pot or toast (toast? I thought carbs were un-American) in the morning surely can’t hurt. So be sure to add Ceylon cinnamon to your shopping list.