Ginseng – Supporting your body during times of increased demand. 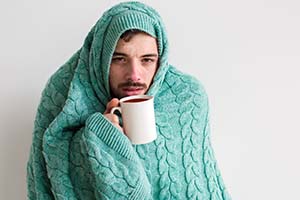 Ginseng is a plant whose root has been used for centuries in traditional Chinese medicine.  More recently, scientists and consumers have started to pay attention to it in the West too, thanks to its famed health benefits. From a fabled aid to sexual dysfunction to a possible brain power booster, it may prove to be an incredibly useful medicine.  But what is the evidence for ginseng’s health benefits? And are there any side effects? In this article, we’re going to tell you exactly what you can expect from this most popular of herbal remedies.

Ginseng is a plant that comes in different forms, each with different effects, uses, and histories. While American ginseng is often used as a herbal remedy too, it’s typically Panax ginseng that is used and sold. You may well see it referred to as Asian ginseng, Chinese ginseng, or Korean ginseng, yet these are all names for the same plant.  You usually consume the plant’s roots — in teas or supplements, for example — and the purposes for which it’s marketed and sold are wide-ranging. Yet, this is no recent fad: its reputation as a medicinal remedy has been around for a long time. And that’s why it’s called Panax ginseng, a word that comes from the ancient Greek meaning “cure-all”.  Not all of the benefits that are claimed for ginseng are backed by science, however. Let’s take a look at what they are and whether they stack up.

What are Ginseng’s Health Benefits?

As mentioned, ginseng’s uses range widely, with advocates citing the plant’s benefits to your sexual and cognitive health, and even its ability to tackle cancer, flu, and fatigue. However, there have been cases where the plant has been mis-sold, with some supplement vendors being investigated by the US drugs agency, the FDA.  With so much misinformation surrounding ginseng, what should you believe? Here is what the science says about ginseng’s health benefits:

Panax ginseng is sometimes described as a “herbal Viagra”. While its reputation for helping with sexual dysfunction seems to be as old as the plant’s medicinal use, this isn’t just wishful thinking. Studies have suggested that ginseng may have a positive impact on erectile dysfunction.  “Herbal Viagra” might be a bit misleading, though. Ginseng has not been licensed for the treatment of ED and the real thing — Viagra itself — will almost certainly work better.

Can Ginseng Boost Your Immune System?

One of the ginseng uses that has been most studied by researchers relates to its possible effect on your immune system. A number of studies have shown reasonably positive results.  One Korean study investigated the effect of ginseng on patients who were recovering from stomach cancer. Following the participants for two years, researchers found that daily consumption of ginseng caused improvements to immune functions and made the chances of recurring symptoms lower.  Another study appeared to confirm that ginseng was helpful for immune system health in cancer patients, suggesting that the root improved immune function generally.

Does it Help the Flu?

Interestingly, while there is evidence that ginseng may be helpful in reducing the risk of influenza, there is not much hope that it is useful after having contracted it, despite what some websites claim.  Another study into the effect of American ginseng on flu symptoms in children showed promising results, too.

Alongside erectile dysfunction, ginseng has been thought to improve sexual function — it was, after all, traditionally used as an aphrodisiac. One review of the medical literature found evidence that ginseng had benefits for sperm count and sperm health, levels of libido, and erectile function.  Studies in rats, meanwhile, have found that ginseng can be useful in boosting testosterone levels. While further studies in humans are needed, ginseng’s effects on many aspects of male sexual health are very promising.

Boosting Cognitive Function Studies have also made steps toward revealing some of the potential effects of ginseng on brain function, including on mental health, memory, and fatigue. One study, for example, found a positive effect of Panax ginseng on the quality of sustained mental performance.

How is Ginseng Used?

The ways in which ginseng is sold and consumed vary. Nevertheless, there is no evidence that one method of consumption is preferable to, or more effective than, another.  You will find that ginseng is available online or in outlets around the world in any of the following varieties:

As a fresh root: Depending on where you are in the world, you can find ginseng fresh. Ginseng’s uses in cooking are diverse, and the root can be added to soups or stir-fries, or simply fried and eaten.

In teas: One of the most popular uses of ginseng is in teas. While you can brew fresh ginseng yourself, many tea brands sell infusions dried and pre-packaged.

As a supplement: You may come across all sorts of supplements that contain ginseng. While they can be great for your health, ensure that you buy them from a reliable vendor. There are many “herbal” medicines that contain undeclared ingredients.

There are many uses and health benefits associated with ginseng. However, not all of them have held up to scientific scrutiny. And with many questionable vendors around, knowing what effects you should expect is essential before you buy.  So, while it promises a lot, use ginseng with caution. It may generally be considered safe, but you should watch out for possible side effects, including headaches, raised blood pressure, and difficulty sleeping.

Vitajoy USA is a leading supplier for Ginseng, please contact your sales representative for more information and pricing or contact us at sales@vitajoyusa.com